L’Estartit will open the MICFootball 2022 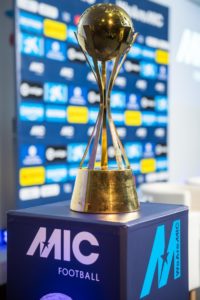 L’Estartit will be one of four locations where MICFootball 2022 will begin.

The Municipality is one of the venues for a contest that returns after two years of absence due to the pandemic.

MICFootball is one of the most important sports events of spring with nearly 6,000 athletes from more than 300 teams from more or less thirty different countries. They arrive accompanied by family and friends and their respective staff. The economic impact of the event is estimated at 11 million euros and it is broadcast worldwide via television rights and streaming.

FC Barcelona, ​​Real Madrid, Manchester United, Liverpool, PSG, Ajax, Bayern Munich, Inter Milan, and the Brazilian and Mexican National Teams are some of the clubs that are going to participate in this event.

Torroella and l’Estartit host U12 class

In the case of Torroella de Montgrí and L’Estartit, it will host the U12 class, with teams housed in the municipality. As for the Estartit, it will be one of the four venues where the competition will open with a club parade and two games.